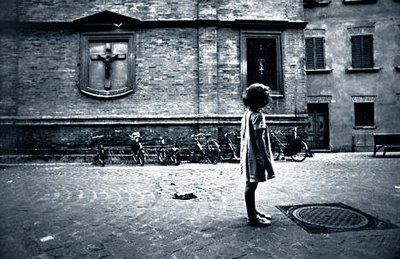 Naomi Rose Ebersol was ‘a seven year old angel‘, she went to school this monday morning and was taken hostage by Charles Carl Roberts,a 32 year old milk tank driver turned gunman. When they found her after an hour, she had twenty bullets in her body. Maybe one could imagine what she went through – twenty bullets in the fragile frame of a seven year old ,what would she have gone through – she only knows; and she is not here anymore to trouble us with that knowledge. Yet the american lawmakers are still very sure that they love their guns more than their kids ,they cling on to the 2nd amendment while the kids dodge or take bullets at school. School shootings have become USA’s morning cup of tea – every other day this country wakes up to another school massacre.

On September 13 Kimveer Gill in Dawson College, on September 27 Duane Morrisson in Platte Canyon high school, September 29 Eric Hainstock in Weston High school and October 2nd Carl Roberts in Amish school,Pennsylvania – still parents wake up their kids in those wee morning hours to catch that yellow school bus, what do they lean on ?

The Amish school massacre has taken five lives till today –Apart from Naomi, the others who died were Anna Mae Stoltzfus, 12, Marian Fisher, 13, Mary Liz Miller, eight, and her seven- year-old sister Lena . Five other girls are hospitalized with critical wounds. The Amish school was a single room school run by the Amish community, with twenty six students. Roberts had entered the school this monday morning with plans to eventually commit suicide.

“He had come armed for a long stay with two guns, sexual lubricant and a makeshift torture rack — a plank of wood with ten eye hooks to secure the children.”. He secured the ten girls and asked the boys to leave. As police surrounded the school , he shot all the girls and finally turned the gun on himself without getting unto his full,sick intentions.

Another school shooting and all that gen X grief ?

Well, the real story began after the shooting.

Today, two days after the school shooting and the deaths, one particular thing that surprises me is the forgiveness of the rustic Amish community. Not a single person from that small community appeared angry despite their grief – they are unwilling to accept that the killer who took those innocent lives was evil. Many of them were on the networks saying they forgive the killer, especially moving was the account of Naomi’s grand-dad at the side of her body – with her wounds clearly visible – talking about the importance of forgiving the man.

Today they had a small prayer meeting where a slain child’s mother prayed with the killer’s mother – maybe they talked to god about those small things only mothers talk about. The clippings on the networks were heart rendering as a small village prepares to bury their little ones. They have forgiven the man who did it all and his family is receiving the forgiveness. It is easier to forgive than to receive it with all the humility and grace – and Carl Robert’s mother is doing exactly the same.

Maybe those ‘little angels’ didnt die in vain, maybe we’ll make of it some human sense or maybe its just my imagination that says five little kids are singing the sermon on the mount , somewhere in some distant meadow in Pennsylvania – make of it, what you will.