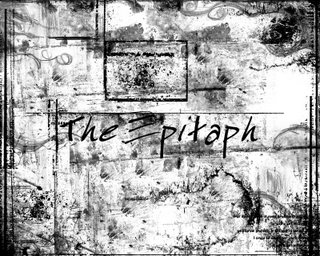 Heisenberg Uncertainty Principle implies that one may not know the position and momentum of a particle simultaneously.

A few more good ones,

“Here lies the ashes of a man who had the habit of postponing everything until tomorrow. Though he bettered on his final day and really died 31st of January 1972.”

“I am ready to meet my Maker.Whether my Maker is prepared for the great ordeal of meeting me is another matter.”

“I had a lover’s quarrel with the world”

“And alien tears will fill for himPity’s long-broken urn,For his mourners will be outcast men,And outcasts always mourn.”

WORKERS OF ALL LANDS UNITE.
THE PHILOSOPHERS HAVE ONLY INTERPRETED THE WORLD IN VARIOUS WAYS;
THE POINT IS TO CHANGE IT

MURDERD BY A TRAITOR AND A COWARD WHOSENAME IS NOT WORTHY TO APPEAR HERE (his mother coined this :-))

and finally our guy, Al Capone