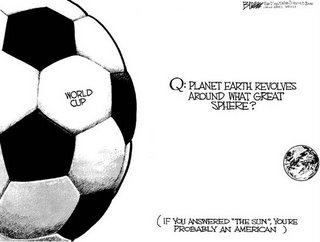 The seatbelt does not fit,need new seat covers,the trunk lock is stuck,so we took the vahan back to the dealer.Ghana had upset Czech by the afternoon and Italy -USA was at three.Our lousy dealer gave some lame reasons ,now we’ve got to go on Tuesday.

‘is there some pub or bar around where we could watch the game ?

‘check out the downtown portion on the other side of the arena,may be could get lucky’ – you need to be real lucky to see a football in US of A,they hold the ball in hand,run with it and call that football.

On the other side of the arena there are the bay bridges of miami,we kept roaming in the deserted streets simmering in the miami heat.Abrupt noticed Novecento on 11th street.kinda pub with awful parking.It was half time, scores level Italy 1 USA 1.We got seated on the last table available near the counter.As always we supported the underdog,started cheering for the US expecting the US crowd would join in,but there was booing and shrieks whenever the yankees made a good move.Little did we know that Novecento was an italian hangout – how would we?.

We jumped around and cheered for the offside goal US netted,punching our fists in the air….obviously un-necessarily…pure show off , the barley had started kicking in 🙂
I was the first one to look behind,a crowd of blue was there ..’ITALIA’ scribbled on their jersies…I wiped my seat and sat there quietly nudging our hyperactive visionary to cool off.Builder was confused about which team to support and was muttering “are yaar” twenty three times a minute – he was safe.We are in some shady italian pub in miami – erstwhile playground of dreaded Caporegimes and Capone,watching their big match and siding with yankees – all in the love for the game.

Match was drawn,food was heavy,drink was good,slept like pigs in the south beach sand through the evening…… 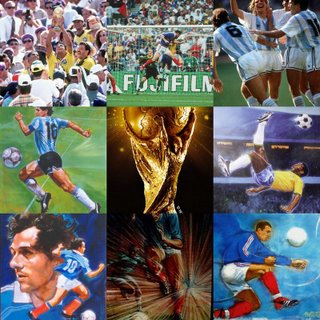 Schedule for tommorrow (same as today)

1155 hrs – second game of the day,weston break-room across coffee

1615 hrs- Break-room,Coffee,second half of third game

1700 hrs – daily analysis over coffee and puff outside office

They were peasants in crumpled hats and ragged coats, with their lively spirits keeping them warm in the damp,cold english winter.

The rich lived inside their wooden abodes,in the comfort of crackling fires,wining,dining and contemplating with tall fences all around their estate to protect them.

There was but one gap in the fence.The game was to put the ball through that gap.The players were human,mere mortals they had to move the ball with their legs but the gap in the fence was guarded by a Superman,he could break the law,he could touch the ball,use his hands to deflect the ball.the footballers danced around,sweating,laughing,swearing, to get the ball into the fence,that was the aim – the goal.the superman goalie was the rich man’s pimp -he held the goal post.Every goal celebrated the victory of the human spirit over the repressor and the dancers cried out at the top of their lungs – GOOOOAAAL !

bijoy george – for making me the goalie back in 91

Ladoo,manthu,vinjoe,rohit,kanthi,joe – for the great games played ages back and for the lung breaking runs

papachan,vijayan and all those kerala police guys – for continuously winning federation cup,for making us love the ball

dad – for waking me up to watch diego maradona play,its still a blur for my sleepy eyes

verma and othayoth – for the way they love the ball

diego maradona – for he adds to gods beauty on earth

Romario – bebetto – for what they did in texas ’94

beckham – for the way he looks before a free kick