On your stupidity ( Terminal )

On your stupidity ( Terminal )

I met Ashwin Bhargavan after years, in Orkut. A flash flood of memories gushed past between my eyes and the LCD screen, and at the end of it, drenched in all his stupidity – here I post.

To maintain anonymity Ashwin Bhargavan, 11th street,BTM Third stage,Bangalore will be further referred to in this post as Babu.

Babu is an intense, self-righteous,adventurous dude whom I met way back in 1989 when he shouted right behind me “I am Taarzaaaa” and ran past me to swing on the long palm leaf over the cliff near the fish pond. The branch broke and Babu fell over the cliff. Next thing I remember is our third std Miss carrying him to the infirmary – he broke his left hand and one head.

Next scene was a very boring geography class in school and I was meditating on my Reynolds pen. I whispered to myself “045” (Reynolds fine carbure ) and then there is this loud shriek by my side “ARIYAAM” (i know) “James Bond alle”

Benazir Bhutto was dismissed by the Pak President on our Malayalam class day and as usual Ramesan sir brought it up . Babu listened intensely, taking notes and poking something on his calculator – after a hell lot of analysis he turned to Anuj and me “Appo ini Indyem Pakistanum onnavo” (so, will India and Pakistan reunite now?) . We looked at each other and with the little understanding of geopolitics , shouted in one breath “Idiot !”.

In the chemistry lab we had that stupid experiment where you suck out the alkali till some colour is reached. Babu used to complete his part pretty fast, folklore was that on seeing him the alkali laughs its heart out and turns all red. One day he helped Anuj “reach” the colour, he took the glass pipe out and sucked from the end which was already dipped in the alkali.

Babu : “its kinda sweet but sticks to the tongue,doesnt it”
Anuj : ” WHY did you dip the other end in ? you sonofabitch”
Babu (shouts) : “HA,this end had your saliva – you fool”

Like all small towns , Trivandum too had a botanical garden and a homo-sexual. Urban legend was if our gay dude was in the national games swimming pool , you better be behind Ambrosia . One day after maths tuition we were at the right spot and here comes the homo-sexual riding his bike.

someone : “Babu, see – homosexual”
Babu (shouting) : ” where where where” (looking into the clear blue sky)
someone : “see near the auto stand,that yezdi”
Babu : (after intense deliberation and sweating, bursts out) “Then how the hell is he riding a bike”

During those twelve long years in ST.Thomas, the easiest thing was finding Babu’s latest crush.
three simple steps,
1.Go to the boy’s restroom (White House)
2.Go to the third slot to the left
3. Read the graffiti

two minutes later Babu would be like “How did you KNOW, pls dont tell anybody pls pls” 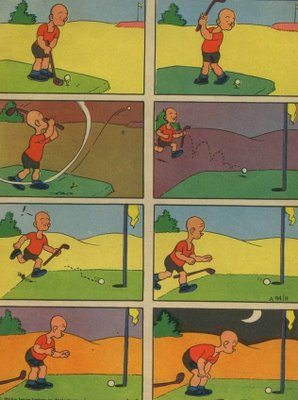 The other day appi, ammavan and meself was at Clevelander on the beach at Miami . After a few shots at salt and cut lemon we were lucky enough to supposedly meet Prof Wajahatullah Wasti – the Iranian Nobel laureate civil engineer who designed the bridge on the River Kwai .
Babu’s predicament was running through my already reeling head and I decided to ask Prof Wasti about him .

Me : can you explain now paleeese…they dont have google in south beach
Prof Wasti : see if a moron opens a crocodile’s jaw and puts his head inside and keeps annoying dangerous,stupid animals all his life…he is STUPID and one day he’s gonna have a Medical condition and die. Hence stupidity is a Medical condition – this is clearly stated in all civil engineering books I’ve written

Me : so Babu’s is a Medical condition
Prof Wasti : YES

Me : you are a genius Prof !!…here…one Tequila for Prof
Prof Wasti : No tequila is haram for us….I’ll have bourbon
Me : one Daniels for our genius Prof

Now I decided to consult our family friend and neuro-surgeon Dr. Koch Ousep.

Me : Uncle , so you Mean stupidity is a Medical condition ?
Dr KO : No , you cant classify people like that ,Medically there is no distinction

Me : OR is it that you dont know ? admit it !!
Dr KO : I’m a qualified practicioner of Medicine and [cuts him off]

Me : so how many Nobel prizes have you won
Dr KO : WHAT ?

Me : so you have no Nobel prize and still you think you are qualified?
Dr KO : WHAT ?

Me : How many bridges have you built
Dr KO : WHAT ?

Me : if you utter one more ‘WHAT’ I’m outta here
Dr KO : I need to talk to Mr Nair
Me : [shriek] Nair controls my petrol money but I havent mortgaged my thought process to any crony-capitalist oil hegemony

Me : I dont think anyone can save Babu now,he’ll die of stupidity [sobs]
Appi : dont lose heart buddy, can you get some of his DNA

Me : forget it, Prof Wasti has analyzed that, he says the stress and strain of generations of stupidity is there in his genome mapping, a cantilever support will not help at this stage – he says it is terminal stupidity
Appi : Oh is it…THEN we cant do anything

Me : Well….I told Babu he got the Nobel Prize for stupidity…he was sooo happy he jumped out of the window
Appi : But there is no Nobel prize for stupidity !!
Me : Oh…he’ll never know…he’s stupid right…you should have seen his face light up…that was all i could do at this stage to help him
Appi : I admire you sooo much [hugs] 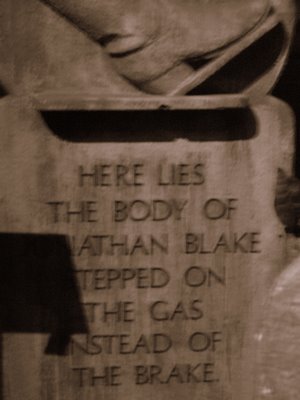 Needless to say the post has been inspired by my dear friend but think should also mention Colbert report on the medical ramifications and metaphysics of stupidity. Thanks Babu Thanks Colbert 🙂

We were walking down the Indian Trace when,