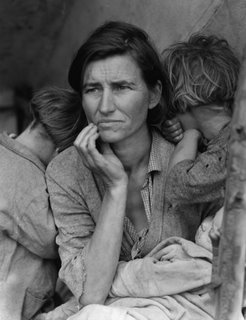 We are all immigrants,some of us geographically,many of us socially in times of upward or descending mobility and a few of us find ourselves in wastelands or newfoundlands after the flood waters of the exodus recede. I remember the poignant scene in the middle of Vasthuhara set in the swelling backdrop of a Calcutta drizzle where Neena Gupta’s character says ‘everyone of us is a refugee,a migrant’.

Immigration is the biggest debate in the USA these days,I would not call it the biggest issue.The country is divided right through the middle on this debate.Every poll coming in the media and the internet suggest a divided country with a slight edge for those who support legalization of illegal immigrants.This is where we need to celebrate this great nation.Imagine an opinion poll in India about legalization of Bangladeshis in Bengal,ninety nine percent of the smug faced,pseudo nationalistic middle class netizens would opine against it,the rest one percent would obviously have messed up while voting.That is where the spirit of USA comes into play,they really meant it when they put the lady with the torch in the river off Lower-Manhattan.This nation was built by immigrants who shoved their sweat,blood and brains into this cauldron of civilzations and the two and a half centuries old nation still craves for more.The lady still says -Give me your tired… your poor

The new debate on immigration has been triggered by the inflow of illegal immigrants from Mexico into the Southwestern states like Arizona and California.The larger issue remains on what needs to be done about the twelve million odd non-legal immigrants already in the USA.A very harsh law “HR-4437” passed by the Congress also known as Sensenbrenner bill made Illegal Immigrants into felons the same category as murders or rapists, and would incarcerate people who would give aid to Illegals.This piece of law has triggered nationwide protests of mammoth proportions from pro-migrant and liberal groups ,something unseen after the anti-Vietnam movement in the late sixties.

In this world divided between excess and need,immigration is inevitable.These immigrants bring in the much needed human capital into the USA,a country with a dwindling population in many states.They do the kind of jobs that white and black USA never do.I have never seen a white American sweeping the streets,tarring the road or waiting counters in swap shops,it is always the immigrant who takes care of this.The mexican never does it because it was his childhood ambition to sweep the streets of US cities of all the litter but it is the abject poverty,unemployment and the biggest motivator of all – hunger .When their children cry for nourishment in the impoverished streets of Chihuahua and la Paz,at the height of unemployment and poverty when the yellow obscurity of hunger sets in across their eyes,national boundaries may disappear,they may slip into the land of oppurtunities across the deadly desert.

Everybody wants the mexican to work for them,in their farms,stables,roads,schools,gas stations as jobs are aplenty and at their all time high in the booming economy.The open border works more or less based on the supply -demand way.These migrant workers sustain many industries in the USA.On May the 1st when they quit work for a day on ‘the day without the immigrant’,many industries especially food and meat processing came to a virtual standstill.The impact was felt across the states,the immigrant is not here to steal food,he feeds you.
There is surely an underlying thread of racism against the immigrant.The Ultra-right america which wants the government to deport the migrants and seal the border does not seem have issues with an open border with Canada.A brown immigrant from south is treated differently from a white caucasian from the north or a black jamaican from the east.There is the fear factor around the growing immigrant population which is clearly changing the demographics of continental USA.

The Human side of the issue should not be missed here.Do you deport a person who has stayed in the US for decades,paid his taxes,obeyed the laws of the land citing nuances of immigration procedures.Do you separate him from his family because the law is blind.Do you uproot people in flesh and blood,crush there livelihoods and break their lives because your legislations are unchangeable.Will you throw a child out of school citing issues of national security.
These immigrants are not terrorists or gansters,they are here for a living,let them live,they are a necessity,America needs them.

USA is a mature and strong democracy.The law of the land is above any other consideration as these laws are framed after a lot of genuine deliberations.Illegal immigration is an issue that weakens the credibility of law enforcement in the US.Even if the law does not make much human sense,it needs to be followed and enforced.Every American has reason to be pissed off when the sea of protestors wave Mexican flags and sing the US national anthem in spanish.Some radical groups have even demanded that California be made part of Mexico.Imagine protestors in Mumbai waving Bangladeshi or Nepali flags.These claims do not make sense and do not help when lawmakers try to find a middle path on this issue.This will only strengthen the hawks who plan to torpedo any workable legislation on the issue. 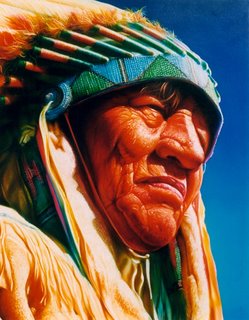 Illegal Immigration – an honest opinion on this will not come from both these warring sides,each have their own vested interests.Who knows the most about illegal immigration – check out this guy in the photo.To cut a long story short,centuries back he welcomed the illegal immigrant ,they in turn took his land,his forest,his women,his Gods,his rivers.They built ugly urban landscapes in the heart of his habitat,they pushed him into tiny tracts of wasteland and made him an outlaw,they raped his women and killed his children.Now he exists in the cold ramparts of elite museums,take a thirty five dollar day pass and we can find from him – the dialectics of human migration.