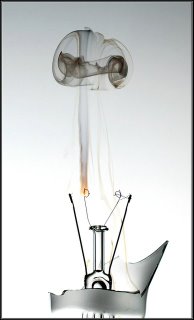 “Let us not ignore the truth among ourselves … politically we are the aggressors and they defend themselves… The country is theirs, because they inhabit it, whereas we want to come here and settle down, and in their view we want to take away from them their country” – David Ben Gurion, Prime Minister of Israel(1949-1963)

“We plan to eliminate the state of Israel and establish a purely Palestinian state. We will make life unbearable for Jews by psychological warfare and population explosion. We Palestinians will take over everything, including all of Jerusalem” – Yasser Arafat

There would not be another place in the world about which so much has been written,explained and hoped for.Conflicts of apocalyptical proportions and overtones have swept across this region throughout the last one and a half millenia,be it the Arab-Persian conflicts or the Crusades for Jerusalem or the Sunni-Shia rivalries or the conflict we all have grown up with – the Israel-Palestine deadlock.

They fight and kill in the name of old rivalries and from every killing, a new rivalry is born.

A vicious circle.What is it with this land ? Centuries of exploitation for the abundant resources of the region ? The tribal underpinnings of their religion ? or a direct message to God that time is ripe for kingdom come !

Israel finds herself surrounded by nations and mass movements that deny its right to exist and would love to wipe it off the map.Its a very sad state of affairs . Imagine being an Israelite in Jerusalem.When Iraq was invaded by the Allies during the first Gulf war,Iraq hit Israel – which deliberately didnt take part in the war,with Scud missiles . If the US attacks Iran and if Iran has a nuclear weapon,its anybody’s guess whos going to get nuked . Israel has been attacked by all nations surrounding it,every child born in those nations grow up in an environment thirsty for Israels blood.Israel cannot afford to be weak.

They withdrew from Gaza,parts of WestBank and were ready to negotiate on parts of Jerusalem,Sharon had driven out his own people to give the land back to the Arabs.But that move was arguably treated as a sign of weakness.Israel was attacked again and as I said Israel cannot afford to look ridiculous.Now we see her rage,as her well oiled war machine pounds the mid-east.Israel has changed the game,it has raised the price of attacking it,Beirut is paying.

Do we remember the random gunfire by Israel a couple of weeks back on a Palestinian beach,do we remember the helpless girl child crying out her heart in the beach sand while all her family lies there dead.If Arab world found that worthy of revenge,would they be asking for a little too much.

Wherever conflicts happen in the world,muslims get killed.Be it Kashmir , Karachi , Bali , Bosnia , Chechnya , Kabul , Baghdad , Gaza or Beirut.Can you name anyother place where unabated killings happen.Their resources are held hostage by global hawks and western corporations,consider the anglo-american military presence across middle east,even in countries with prevailing peace like Saudi and Bahrain . What should the Arab-muslim think about this,what can they do,what can they imagine as a way out of this .

At the end of this barren imagination,they become a suicide bomber . What goes inside the mind of a fidayeen ? will it be cluttered visions of a promised heaven which would any given day be a better bargain than the living hell they are in or will it be the heart wrenching cry of a eight year old girl?

One day,I hope,mothers and fathers and sisters and wifes from Iran and Israel,Iraq and Syria,Palestine and Lebanon will sit together and count their losses.Finally they would realise that they all have lost.Lost sons,husbands,livelihood and future.They would realise that at the end of each war they had only a handful of ash left,that they cant distinguish the blood on the mutilated corpses as Israeli or Sunni or Shia.Then they would cry,every one of them,it would be the swan-song of the senseless killings,brutality and exodus of thousands of years . At the end of it,the whole world will hear a loud silence from Mecca and Persia and Nazreth and Galile and Damascus and Jerusalem.That will be serenity,there would be peace.