Of men, moon and walls…

Of men, moon and walls… 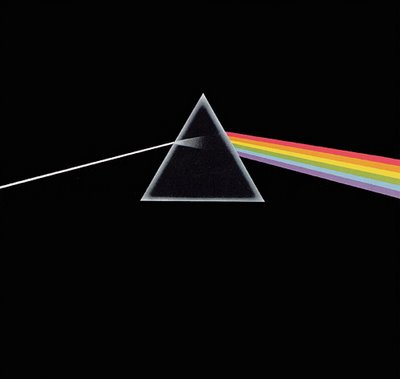 I was bored to hell playing rock,paper,scissors with my other hand when ‘Cakes’ blasted through the balcony door, all exhausted.

Cakes : ” man, but she is married…should I tell her”
me : “I dont get it, whats the story here”
Cakes : ” problem is she got married before I fell in love”
me : ” unnecessary tension man, you’ll make me light up again” *light up*

My roomie Cake’s problem is that he is in love with a girl who used to take the same bus as him to work. He’s never talked to this girl and she doesnt know him. Fun part is she got married three years back, he came to US two years back and ‘fell in love’ six months back with this girl. Now he is losing his sleep over it. I’m good, but the problem is Devdas will start singing all those 29 sad old hindi songs back to back at home. I will be sleeping in the morning and Devdas will blast out “Dosth Dosth Naaa Rahaa” or “…mere nasib me eh dosth” in the hall and that’s a pretty lousy way to start a day.

This is not the first time ; Cakes has fallen in love some 29 times in the past one year with animate and inanimate entities – but this time the intensity is very high. But on an afterthought I realized that each of us carry some stupid baggage from the past, some broken bangles, some old scraps or old pieces of paper with nots and crosses on it. We know its really ridiculous to carry them still, its clearly out of touch with reality and it hurts sometimes. Its a pain, but somehow we dont want to let it go,we want to relive the pain once in a while. Its as if the infliction fills some vacuum which otherwise would be hard to bear. And in horrible hours of sanity we realize the pain and insanity makes us more beautiful.

Then there are these jolts which chip in with their annoyance. Boyz and me usually find ourselves at the far end of the spectrum every time we engage in those curt conversations. I like his candour, though my idea of a conversation is beating around the apple tree. There is no wavelength match anywhere except when he offers to make elachi-tea for me.

Boyz counts every penny, sends his mail-in rebates on time and even knows how much tax he is paying. On the flick side is me,builder, abrupt and visionary who haven’t settled our accounts for like a year and I really have no idea what I have in the wallet. We make fun of Boyz saving money and stuff without travelling around in the US and not partying at all. Our conversations usually go like this,

then the other day, Boyz was going on and on about saving money in India and all, and I cut him off.

me : “Boyz, see , why cant you just let go man, its just one life…hope you know that..why take this tension”

and then Boyz opened up, literally, in his unique Seemabiddu style

“see man, I dont have an ‘own’ house in India and my parents are quite old – so I have to build a house which will be minimum 15k monthly payment. I’ll get married in like six months – you know the rent they have now in Bangalore another 8k gone there. I will have to send some money home right ? another 5k there. I’ll have 2k left man. How can two people live in Bangalore with 2k man ?”

I changed the subject then and there, oh I’m good at that, but whatever little he said really hit somewhere. I’ve never been responsible to anyone but me, it was easy going all the while. These ‘hard numbers’ never held me back, building a house, providing for aged parents, household expenses. Its been a comfortable road till now, I just swipe my all powerful card which never gets rejected and thats the summary of my experience with money. I have never seen plenty of money and I have seen the lower middle class struggle to build a home and still make two ends meet with a single income, right at home. But that was all in third person, the burden was never mine – maybe I got my first bike a year or two late, but that was it. Boyz reminds me of the real struggle out there, maybe a lucky few of us will never face it, thanks to our parents or upward mobility but there are the unlucky ones – and its a thin red line. In my esoteric comfy world I have been worried about easy questions like the meaning of life, where my answers really didn’t matter. I just wish life doesn’t ask me the same questions it is asking Boyz – like how to live in Bangalore with 2000 rupees. 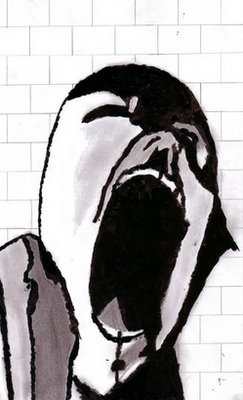 The other day, Thiagu and me were in our thirty-sixth hour of sleeplessness on some conference call, waiting for Brighton to come alive and fix some issue. Our relationship had shed the formalities of the project manager- tech lead cold war, after a few fire fighting months in the project.

“I have forwarded you something , check it out”, he said over the phone

It was a mail from his wife and I found it quite funny he did that. The mail was really short, it just said, ” attachment is for you :-)”

The attachment was a scanned picture card. Its had this house like small kids draw, with a triangle on top of a square, and five people in front of the house. The arrows read appa, amma, thatha, thathi, Nikhil.

“come out man, I badly need to light up”

This was something crazy we did during these night outs. Whenever any one of us wanted to smoke, we would both go out with coffee and still be on-call from mobile. So there I was in the wee hours of the morning, in the office lobby with my cup of cappuchino talking to another crazy guy somewhere in Arizona standing outside his office with his cup of coffee.

“you know something ……its two years since I saw him”

“man..I was just thinking….this little thing was in my balls some five years back..and now he sends me something like this…man, he is all me…its like…whatdya say…this one moment in life..when I opened that card”

His voice was breaking but he kept on mumbling.

“so Thiagu is a happy man…finally..”, I said

“I’ve never been so happy in my life…well, you need to be a father to get it”

“hey hey…maybe I dont have kids, but I do have an old man…I can understand ok” , I said

We are back from this Pink Floyd concert in the city. I didn’t know many of the songs and spend most of my time staring at the lasers and stage lights – that was amazing. One thing I noticed was ,when you look at the stage , you don’t really see what there is on the stage but what is shown to you with all those lob lights and lasers. Like someone basks in his sweet pain out of touch with reality, while someone is pulled down everyday by the same reality. Someone is stuck in life while someone basks in the little picture postcards life has to offer. Someone wonders why life talks in strange, cute ways. Maybe you’ll be wondering what this whole thing is all about, even I have very similar questions.