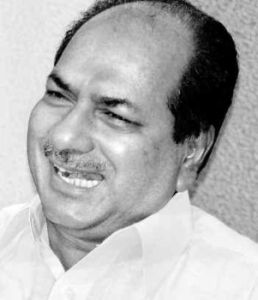 A K Antony, kerala’s perennial Mr Clean is India’s Defense Minister. Kerala has had its own share of men in the national cabinet – but its a different feeling when one of the state’s most respected leaders has the responsibility thrust upon him by the sheer strength of his character. It is a different feeling from when Kannoth Karu became the Industries minister back in ’95. It defenitely is.

The defense minister, National Security Adviser, Foreign Secretary of India, Space agency Chairman , India’s candidate for the UN secretary bid , Primeminister’s secretary, President’s secretary and a home-rule government at centre – the line up in Delhi looks pretty impressive for a state notorious for its indifference to Delhi and highly under represented in the nation’s capital. Is kerala becoming less introvert ?

Comparing Mr Antony to Krishna Menon would be doing injustice to both of them. The frames of reference have changed – Indian defense is on the right track of modernisation and in the process of redefining our strategic goals in the sub-continent and the Indian ocean region. A laissez-faire approach with respect to the defense policy makers will be more beneficial here. Calling A K Antony inexperienced makes no sense here – the only experience that would help a defense minister will be experience as a defense minister ; that argument will lead us to Catch 22 then.

Where A K Antony and his zero tolerance to corruption will – I hope – come into play is in the already notorious defense deals of India. 890,000 million rupees annual budget allocation is sure to attract a lot of Ottavio Quattrochi’s and Barak missile sellers. Sonia Gandhi would be remembering that early winter Diwali in Delhi when there were no crackers because Bofors had provided enough. The choice of Antony as the defense minister would be a right step towards some clean-up.

Tailpiece : If the battered Congress party plans to fight another election in Kerala, they badly need to reunite the warring factions – especially the DIC (K) faction which has a considerable
influence in South Kerala and Malabar (cause there are a lot of people still wanting to make kannoth karu the Kerala CM) . The only figure who could rise about the partisan squabbles while leading the party is ‘Saint’ Antony and the Maino high-command realizes it pretty well. His new role is a pointer towards the future of the congress party in kerala.