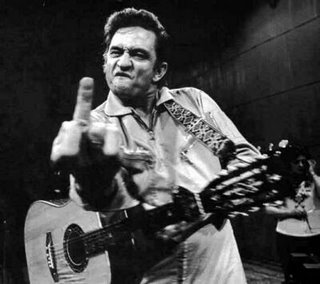 We train young men to drop fire on people. But their commanders won’t allow them to write “fuck” on their airplanes because it’s obscene!
Colonel Kurtz,Apocalypse Now

*************************************************
It was a warm winter evening in south florida,the moisture from the lake had added to the already precipitating humidity of the room,sipping up a bitter beer and the constant humming of insects on the lamp post added to the special effects.One felt like Ford Coppola in the Phillipine jungle reading through the darkness of war.Wasti was there,visionary and me.The ultimate movie experience of our lives was unfolding on a flickering fifteen and a half inch screen.We were riding up the river with Sheen,smelling napalm in the cigarrette smoke,travelling Vietnam into Cambodia,little did we anticipate the cataclysmic show of colour hidden in stealth ,up, on the river.

Its been half an year since,but if I remember it right,a second beer was not opened,watching movies usually is another excuse to chill,but that evening was different.Yearning beer bottles watched us from the racks like first ladies looking at the Washington monument.And then it happened,the camera flirted past the mud wall on which the title of the movie was scribbled -Apocalypse Now – and all hell started jumping around !

I’ve seen horrors… horrors that you’ve seen. But you have no right to call me a murderer. You have a right to kill me. You have a right to do that… but you have no right to judge me. It’s impossible for words to describe what is necessary to those who do not know what horror means. Horror. Horror has a face… and you must make a friend of horror. Horror and moral terror are your friends. If they are not then they are enemies to be feared. They are truly enemies.

I remember when I was with Special Forces. Seems a thousand centuries ago. We went into a camp to inoculate the children. We left the camp after we had inoculated the children for Polio, and this old man came running after us and he was crying. He couldn’t see. We went back there and they had come and hacked off every inoculated arm. There they were in a pile. A pile of little arms. And I remember… I… I… I cried. I wept like some grandmother. I wanted to tear my teeth out. I didn’t know what I wanted to do. And I want to remember it. I never want to forget it. I never want to forget.

And then I realized… like I was shot… like I was shot with a diamond… a diamond bullet right through my forehead. And I thought: My God… the genius of that. The genius. The will to do that. Perfect, genuine, complete, crystalline, pure. And then I realized they were stronger than we. Because they could stand that these were not monsters. These were men… trained cadres. These men who fought with their hearts, who had families, who had children, who were filled with love… but they had the strength… the strength… to do that. If I had ten divisions of those men our troubles here would be over very quickly. You have to have men who are moral… and at the same time who are able to utilize their primordial instincts to kill without feeling… without passion… without judgment… without judgment. Because it’s judgment that defeats us.
– Colonel Kurtz,Apocalypse Now

the movie got over on the vcd that night ,though.
the two of us bent down in front of the altar and said ‘Coppola,we are mere mortals,you are God,have mercy,have mercy on us’

what was it about the movie,pink floyd is out there,lennon is there,then?
Coppola made the movie like it was his end game and it shows in every frame,in the whirring of the choppers,the motion of the bullock,the smell of napalm.the experience of Apocalypse is the intensity of it,the raw sensuality of the collage,the colour.

Who you telling all this to,you think anyone is concerned about you,your world view…our foot,whatever you write is obvious..dont you realize that,think you are mean….we’re all wolves,maybe you got frustrated sometime back…maybe your dad made it out with your mom …but its happened to everyone…you dont need post it on your profiles..get over it,your stinking vanity