mia : Uncomfortable silences. Why do we feel it’s necessary to yak about bullshit in order to be comfortable?

mia : That’s when you know you found somebody special. When you can just shit the fuck up for a minute, and comfortably share silence. 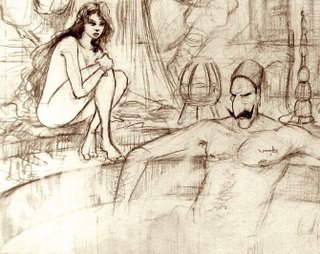 I have learnt silence from the talkative,
toleration from the intolerant,
and kindness from the unkind;
yet strange, I am ungrateful to these teachers

The day my pen started moving,I started misintepreting quotes though not deliberately, and without malice though insensitive at times.Sorry.

Before I give in writing mine clueless mind,would like to appreciate Gibran’s words.He would be grateful as this would be the first time someone does that to him.The quote made me ponder awhile and it gradually made a lot of sense,in plain words,as my tall,dark,lean friend says “the idea strikes me always” – for everything else there is google.

I was in class five or six when kuttan’s parents moved into the new house at the boundary end of our cricket pitch.I used to play cricket and wouldnt like to discuss that part any further than that.The game usually started after the men of the house left for office soon after delivering the daily message on not to commit the henious crime of playing in the forenoon sun.It would read something like “mone,we should stay home and read or play with kiddo or play with tomy till fourthirty in the evening and then, if you want ,you can play cricket for some time”.We used to play,our dad right,it was ok.

Kuttan’s parents used to tell him the same I believe,but kuttan used to play with us till One in the afternoon -thats when his dad came home for lunch.Then kuttan’s dad used to appear at the gate and wave to him,as he reached the gate his dad would catch him by the collar and take him inside,the cane came from behind the Krishna photo,kuttan faced the grilled window all the time and then it would go on for minutes.Once or twice in between kuttan used to look at us through the window,he never cried and I never defined what we felt looking at him.It wasn’t parents punishing their kid , it happened everyday,every single day , it was so systematic,so cruel, without emotion on both sides , so mechanical.The first day this happened I was terrified,the sound of the cane, the pale look on my friends’ face and the very idea that this could happen.

Kuttan seemed to have a lover’s quarrel with the cane,he was addicted to it,maybe because of helpless afternoons of pain before he came into our lives.Each time his father waved to him,he used to walk past us , a resigned look on his face and body.I remember a few times when I closed my eyes to not see him walk away that way.Everytime kuttan walks past in my childhood memories,I’ve become a little more kind,a little more human – thanks to Kuttan’s parents. Thanks to kuttan’s parents I was always an outsider in any arrangement that sustained on fear and inflicting pain,how hard I tried to say I love my school but failed.

Thanks to a couple of my mentors way back,I do tolerate omissions from the new kids in the team.I’m good with them and they are happy too,actually we work as a team – probably my only corporate take home 🙂

Every experience as Gibran said,when you put in perspective is a teacher,it has taught you something,it is an ocean of gurus in that way . As Vijayan said,the eternity of grace – Gurusagaram. 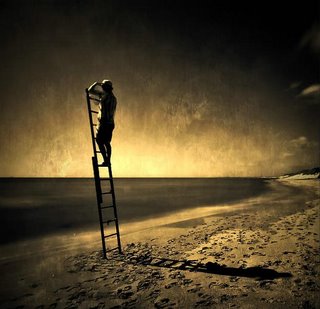 Silence is arguably the most dangerous and precious thing you can lay your hands on.I have had painstakingly long arguments for the short silences embarked on.

I have friends whom I dont call regularly but any given night we can start off from where we stopped,we can put two icecubes each and silently watch the cubes melt and nothing else,we could ride on for hours and abruptly burst out together at some roadsign ,we are comfortable, not strangers.Silence at that point makes me believe they like me despite my faults,so we dont need many words between us to enforce that.

And then there are the others,you need to keep the conversation going all the time.Its not that we have anything to say,but that we have to say something.There cant be a candid conversation there but its fun,the same jokes repeat over and over , the same places , the same feel good . Once silence creeps in there , its hell . We suddenly realise we got bored of each other long back and are miserably stuck in the same messengers,email ids,quick dial lists and geographies. Then its the mad rush out of purgatory with the silliest haywire around.’so hows work’ , ‘is it gonna rain’ , ‘who is she’ , ‘so when you coming back from there’ .Its the same divine comedy everywhere,every single day.

Solitude is a bliss if you are strong enough to face it . At the end of long silences either the thing strikes you or you go mad . Either way its fun . 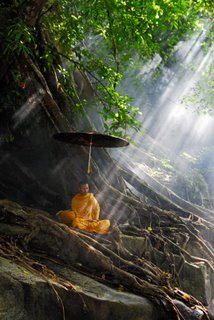