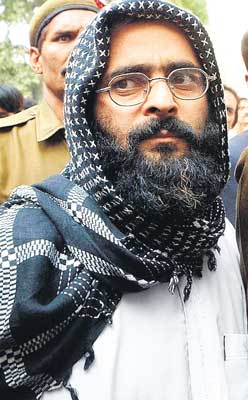 If the collective conscience of a nation becomes satisfied when one of us gets hanged without a chance to defend himself , it speaks a lot about ourselves.

Will Afzal Guru be hanged today ? He should be – says the great Indian middle class and its drum beater the Indian media. The mercy petition filed by his family – though he has not asked for mercy – is now in the hands of the President of India pending reference from the home ministry.

So are we ready to kill Afzal Guru for the December 13 2001 attack on the Parliament of India. Are we ready to ready to put the last nail in the coffin of popular resistance in Kashmir and terrorism in India. Yes we are as the euphoria clearly suggests.

The Supreme Court verdict says “The incident, which resulted in heavy casualties, had shaken the entire nation and the collective conscience of the society will only be satisfied if capital punishment is awarded to the offender.”

The question is who is the offender here ? Who perpeterated the crime – who did it ? Who investigated it ? Did this person whom the holy republic of India is about to collectively murder for the sheer xenophobic patriotic orgasm of it get a chance to defend himself.

Afzal Guru was not part of the attack – he surely was a sympathiser to the Kashmir cause, was aware of the attack and as the prosecution put it – did indirect favours to the terrorists. Is this reason enough for hanging him till death ?

Afzal Guru continues to maintain that he is being framed in this case – but all criminals say so – but the question is who investigated the case ? Oh our Delhi Police – they are renowned for their integrity and honesty and was recommended for the prestigious Jessica Lal and Priyadarshini Mattoo award for Justice. Then it must be correct and moreover not a single soul will come on the streets of Rajpath with lighted candles seeking justice for Afzal Guru.

There are clear indications that the Kashmir Valley will erupt in flames if Afzal is killed, fresh violence and insurgency could be the outcome. But do we – the great Indian middle class really care ? No we dont care about Kashmir, violence in Kashmir – state sponsored and otherwise has ceased to produce those necessary bowel movements for us these days, we skip that part of the newspaper in the morning. Kashmir resides in our collective amnesia. India has its largest military presence in J and K and we are safe – we can discuss about Iraq and North Korea and Bush while the valley of Gods burns its heart out in this conspiracy of nations.

On a selfish note, what do we gain ?

Will killing Afzal Guru stop the freedom movement in Kashmir ? No, but it will be a lesson to all those people out there on how tough we are. Like the British did in 1931, they hanged one Bhagat Singh from Punjab for attacking their assembly house and we Indians got so terrified that we stuck our tails in the cute space between our legs and ran home. We never asked for independence after that.

Do we need to confer martydom on Afzal Guru and make him a hero for certain causes we dont identify with ?

If the President of India decides to pardon Afzal Guru – what impact will it have on the Kashmiris. Will it be a graceful decision, a beautiful decision – its all yours to gauge. I think so.

Now if the Indian nation wants his blood despite all this ,what does it speak about us as a nation. If the collective conscience of a nation becomes satisfied when one of us gets hanged without a chance to defend himself , it speaks a lot about ourselves. 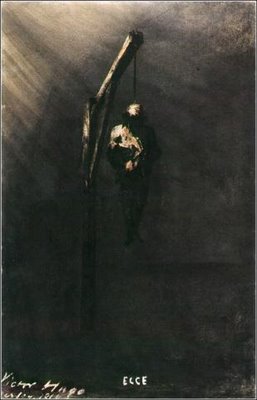 The founding fathers of our nation did not envision us to stand for wealth or power or religion. They envisioned a nation on this earth that stands for Truth. As the lion-head correctly reads – “Satyameva Jayathe” . Let us be well aware on which side of truth we are.