The Blanket of freedom

The Blanket of freedom

Nineteen-year old Mahammad Maqbool Dar was taken away by troops from his home near Charar-e-Sharief on Friday, his mother Hanifa Begum said. A day later, the boy, a daily wage labourer, was brought dead to a hospital sparking two days of protests in Charar-e-Sharief as anger continues in other parts of Kashmir.The government, concerned at a possible backlash ordered a magisterial enquiry and asked the army to take action against the guilty.

Earlier this month in Anantnag two civilians were killed by the army. No punishment for the army, which said, it was mistaken identity.

In September in Kupwara a girl and her uncle were killed – again no punishment, but a colonel in-charge of operations there was removed for inefficient command.

In February, four boys playing cricket in Handwara were killed by the army. A judicial inquiry has just begun.

A team of doctors who performed autopsy of Maqbool at Charari Sharif Hospital on Saturday told Greater Kashmir that “he died due to cardiac arrest caused by extensive torture and multiple burns. His private parts had been damaged.” 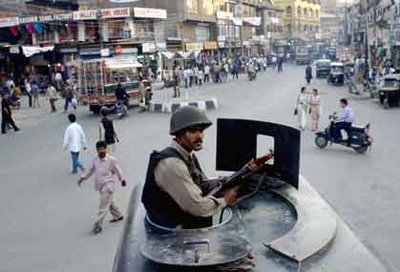 Son, we live in a world that has walls, and those walls have to be guarded by men with guns. Whose gonna do it? You? You, Lt. Weinburg? I have a greater responsibility than you could possibly fathom. You weep for Santiago, and you curse the marines. You have that luxury. You have the luxury of not knowing what I know. That Santiago’s death, while tragic, probably saved lives. And my existence, while grotesque and incomprehensible to you, saves lives. You don’t want the truth because deep down in places you don’t talk about at parties, you want me on that wall, you need me on that wall. We use words like honor, code, loyalty. We use these words as the backbone of a life spent defending something. You use them as a punchline. I have neither the time nor the inclination to explain myself to a man who rises and sleeps under the blanket of the very freedom that I provide, and then questions the manner in which I provide it. I would rather you just said thank you, and went on your way, Otherwise, I suggest you pick up a weapon, and stand a post. Either way, I don’t give a damn what you think you are entitled to. 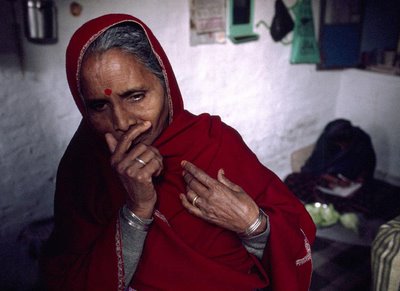 Terrorists intruded into the house of Sohan Lal Braroo and shot him dead during the night. They gang raped his wife Bimla and young daughter Archana. Archana succumbed during the gang rape itself and Bimla who was shot after being raped, died in hospital.

Early Monday, Hindu villagers were herded into the home of the village chief where gunmen started firing indiscriminately, according to S.P. Vaid, inspector-general of police in Jammu.35 civilians have lost their lives. Source : CNN

Near two decades of violence, death and atrocities in Kashmir. Isn’t it time that the insurgents realize they are fighting for a cause lost somewhere in the cacophony of interests in the valley, and what happened to the Indian PrimeMinister Manmohan’s promise on zero-tolerance towards human rights violations in Kashmir. Its not that we are undermining a struggle gone terribly ugly or disrespecting the brave men of India who defend our freedom, but

A Few Good Men – the movie